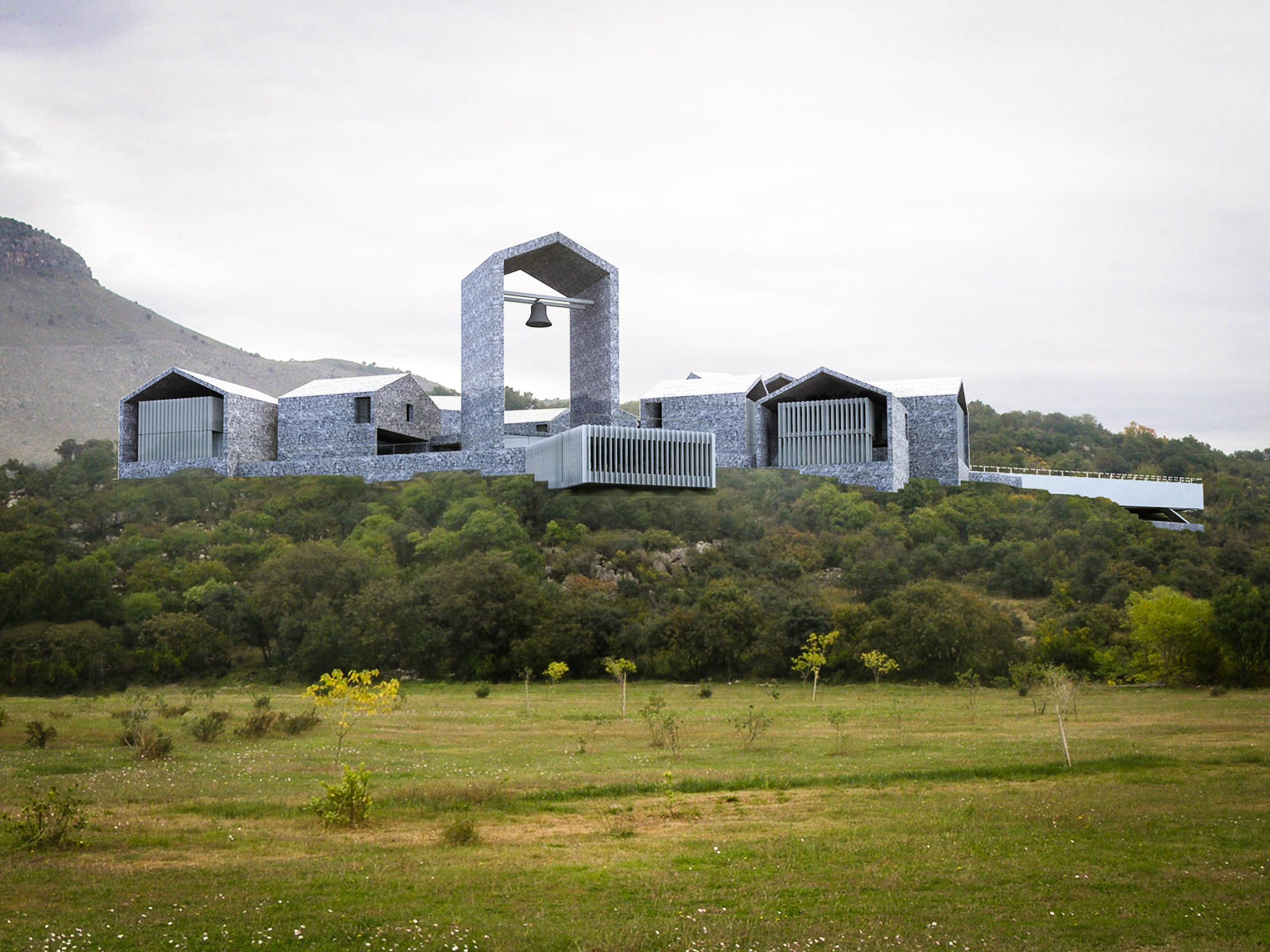 The location intended for the construction of the future "Wine Village" is part of the hill Sipčanik near Podgorica, where a completely renovated and representative wine cellar of the famous Montenegrin brand "13 .jul-PLANTAŽE" is located. The characteristic of the place is certainly a panoramic view of the Ćemovsko field and the vineyard complex "Plantaža", which gives an impression to every visitor of Šipčanik. This view is one of the important elements of the design for the future settlement. The possible orientation of the village is south, south-west and north, which represents another important element of future urban morphology. The third and perhaps the most important element is respect for the traditional Montenegrin urban matrix.

The basic starting point for the formation of the settlement "Wine Village" was the traditional urban morphology of the Montenegrin village from the Crmnik region where the typology of the basic unit-house (home) was especially taken into account. As seen from the example of the Godinja (one of the oldest preserved examples of traditional urban morphology villages), the house as a basic unit of settlement is a very simple form and, with its change of position along the vertical axis, which allows the complete adaption to the hilly Montenegrin terrain. The material from which the house was built is a local Montenegrin stone. What is still characterized by this settlement are narrow passages, then the volts (arc accessories for the entrance to the tavern), terraces with the residential part of the house which, as a rule, is on the first floor and small openings for the windows. The starting point for the urban design of the settlement "Wine Village" is to ensure that all houses (basic units of the settlement) have the same treatment from all directions. For their grouping the grape motive has been used.

The typology of the house fully corresponds to the traditional typology, which means that there is a tavern (shop, workshop) on the ground floor while on the first floor is reserved for residential part (apartments). The approach to the floor is through the outer staircase from the courtyard part of the house - pavement. The design of the house besides all that is mentioned also has another important characteristic - all the houses of "Wine Village" are identical. This intention was created from the desire that all the houses have the same packaging, but different tastes as well as wine. This different taste with identical houses was obtained by the possible orientation of the house on all four sides of the settlement and their change of position in the vertical direction. The rewarding influence of the unfortunate insolation of the apartment part is corrected by vertical shaders, which can be moved as needed, depending on the current position of the sun. They are also in the function of preventing the unobstructed view of passers, so the apartments also receive the necessary type of intimacy. The design is in accordance with the increasing need of energy-efficient buildings, so here is the method of stone masonry around or house in the house (as when the wine is cooled in an ice container).

The access to "Wine Village" is exclusively done using a tourist train intended for the transport of visitors from the foothills of the Šipčanik hill, through the existing gravel road to the access plateau of the future settlement. The current path from the north side of the location is a walking link. The plateau itself is actually the roof of the Museum of Wine. It also provides panoramic view in all directions on the Ćemovsko field and its vineyards. The Wine Museum has an exhibition space, a wine shop area and wine tasting shops and gift shops. The wine village, formed around the traditional urban motif - Gumna. It is the central motif of the main square of the settlement where it is possible to organize a traditional wine festival and other festivities. A special urban motif and architectural benchmark of the settlement is the village stage, which is also a belfry, giving a necessary and recognizable village image.