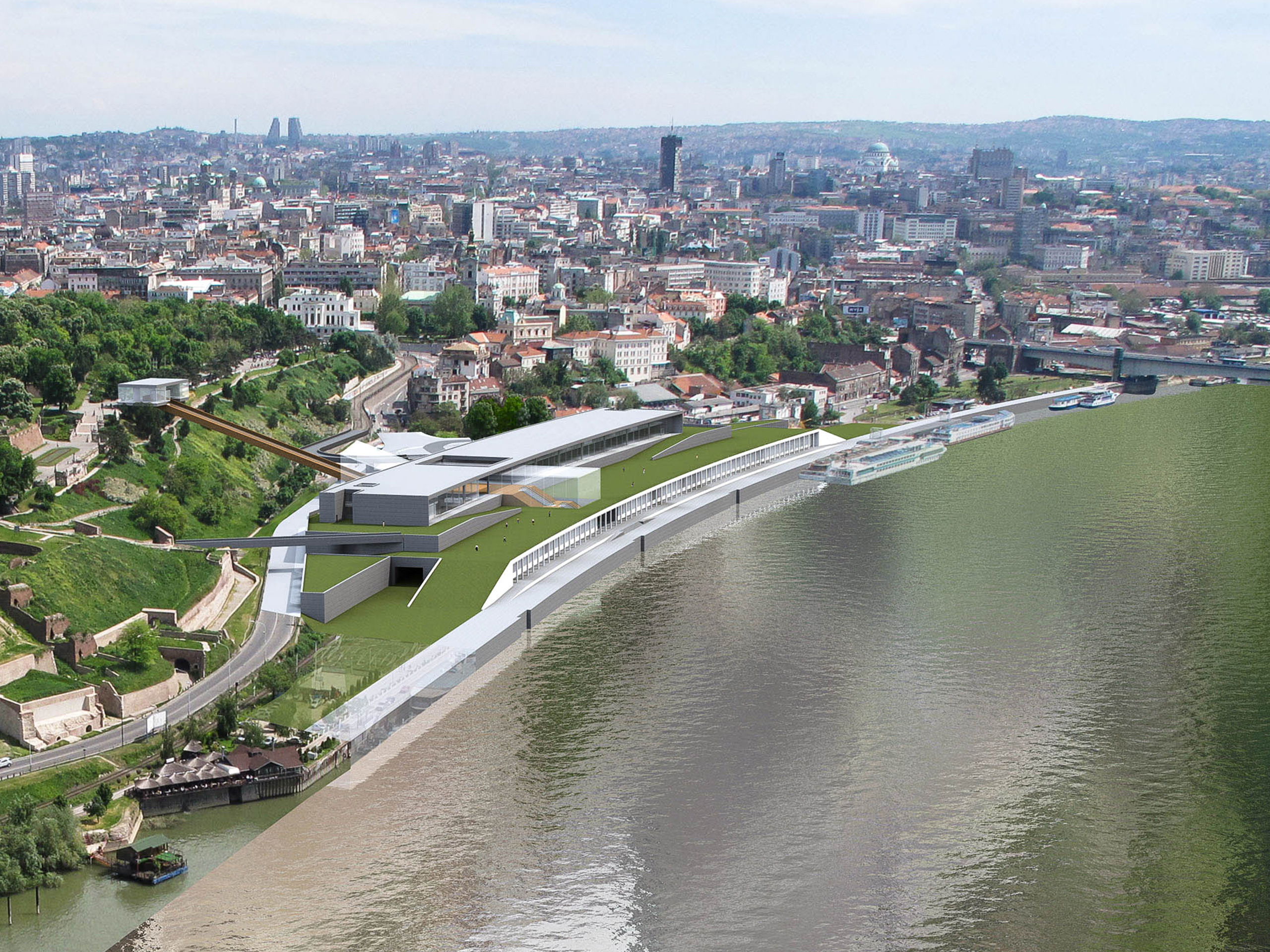 The position of the future complex Beton Hala Waterfront Center is a part of an century old ‘’urbanistic dream’’ of Belgrade to connect Sava port with the Kalemegdan Park and Belgrade Fortress. Solving this problem is certainly most difficult architectural move because of the existing structure of public transport and the lack of easily attainable pedestrian flows. The proposed solution of the new Centre aims at several important points.

- Preservation of views on the Belgrade Fortress and Kalemegdan Park as far as possible, what caused the concept of the lower object.

- Due to important views to the river Sava and Kalemegdan Park, the Center will be even more important because of its access right out of the park. Therefore, the architectural design is crucial in fifth façade - green roof.

- To experience the authentic fortress remains on the Sava

- River is to use current streamlined architectural materialization as a synonym.

Success in solving the architectural concept for this site is through defining all forms of public transport in the communication scheme with as little conflict as possible. In terms of the new communications, Waterfront Center has to become some kind of connection port - new Square from which everything begins and everything ends. 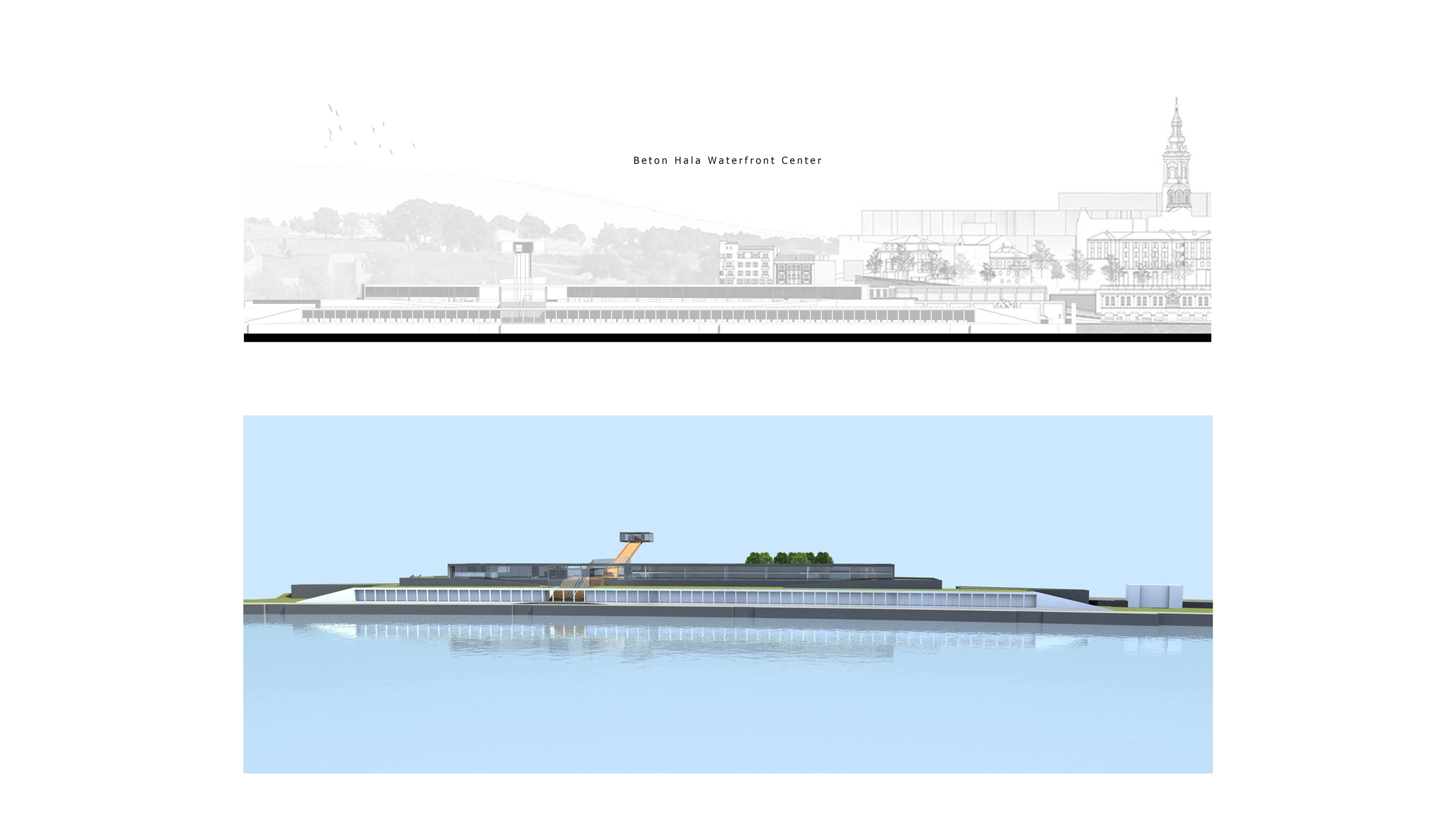 History of Beton Hala object name is undoubtedly influenced to a basic element from which it is built. The concrete façade materialization with its volume represents reminiscent of Industrial Halls of the past. View from the Kalemgdan Park is having a huge influence on the Waterfront Center fifth façade-roof which is solved in the most part as a green roof that does not disturb the vision of the river Sava. These conditions have led to the formation of a new building as some kind of concrete pavilion set in the greenery on the right river bank of Sava. It obtains another area that can be occupied by different users when weather conditions allow it. Therefore, this Green promenade is materialized mostly in concrete as a basic design material of the future Centre with steel support which is an advantage of a wider range of supporting structure.