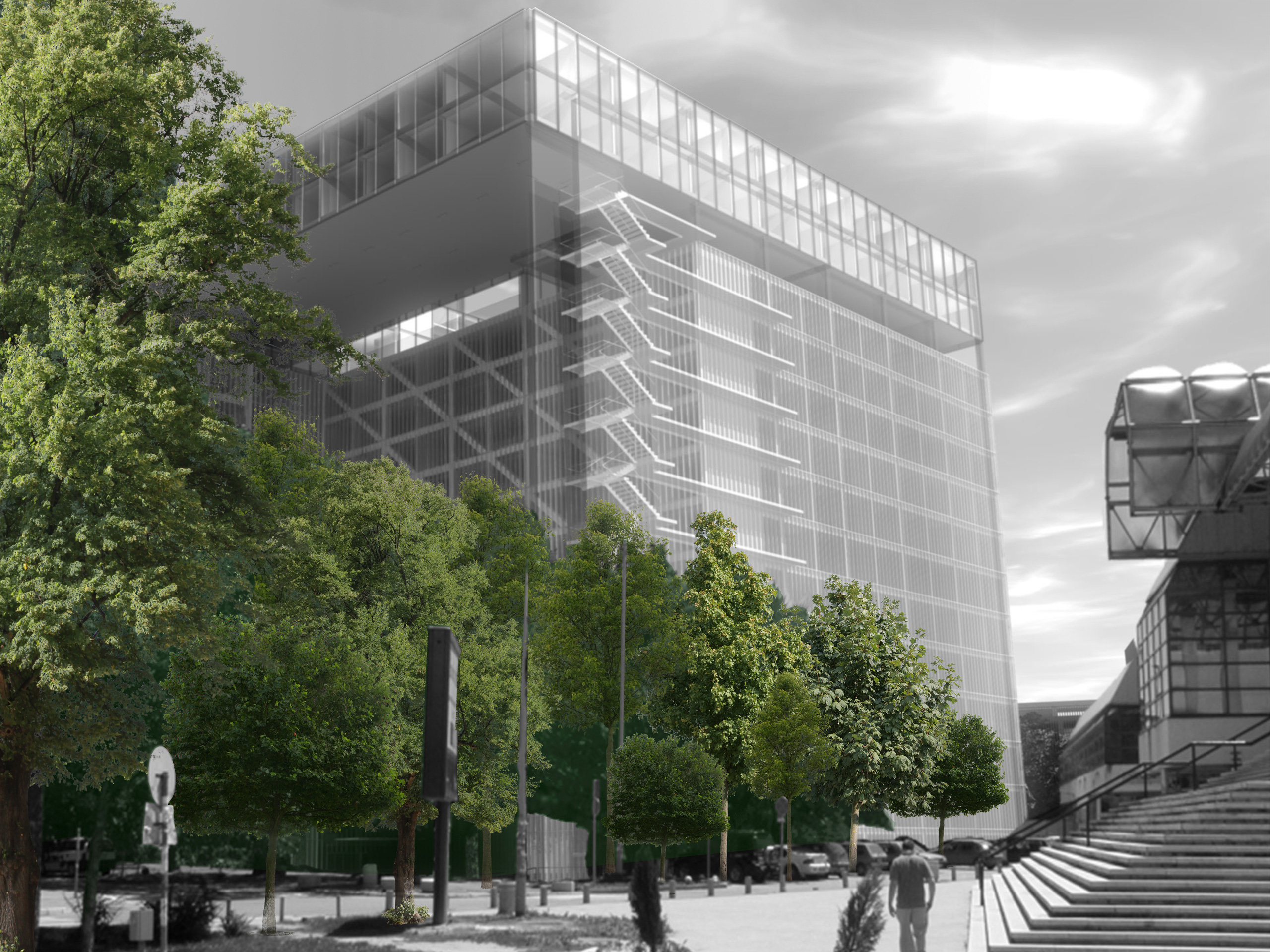 The existing location for the construction of the future municipal center along the Radnička Street, with its urban setting and the program required in the competition task, did not leave much space for a kind of architectural ‘’gymnastics’’. What definitely represents the negative peculiarity of the site is the interruption of the natural pedestrian flow. It was one of the basic settings of this competition solution, that the pedestrian flow must be in some way recovered. The facility of the Administration and the Court itself, because of its program scope, requires clear and unequivocal approach and the indication of the entrance. 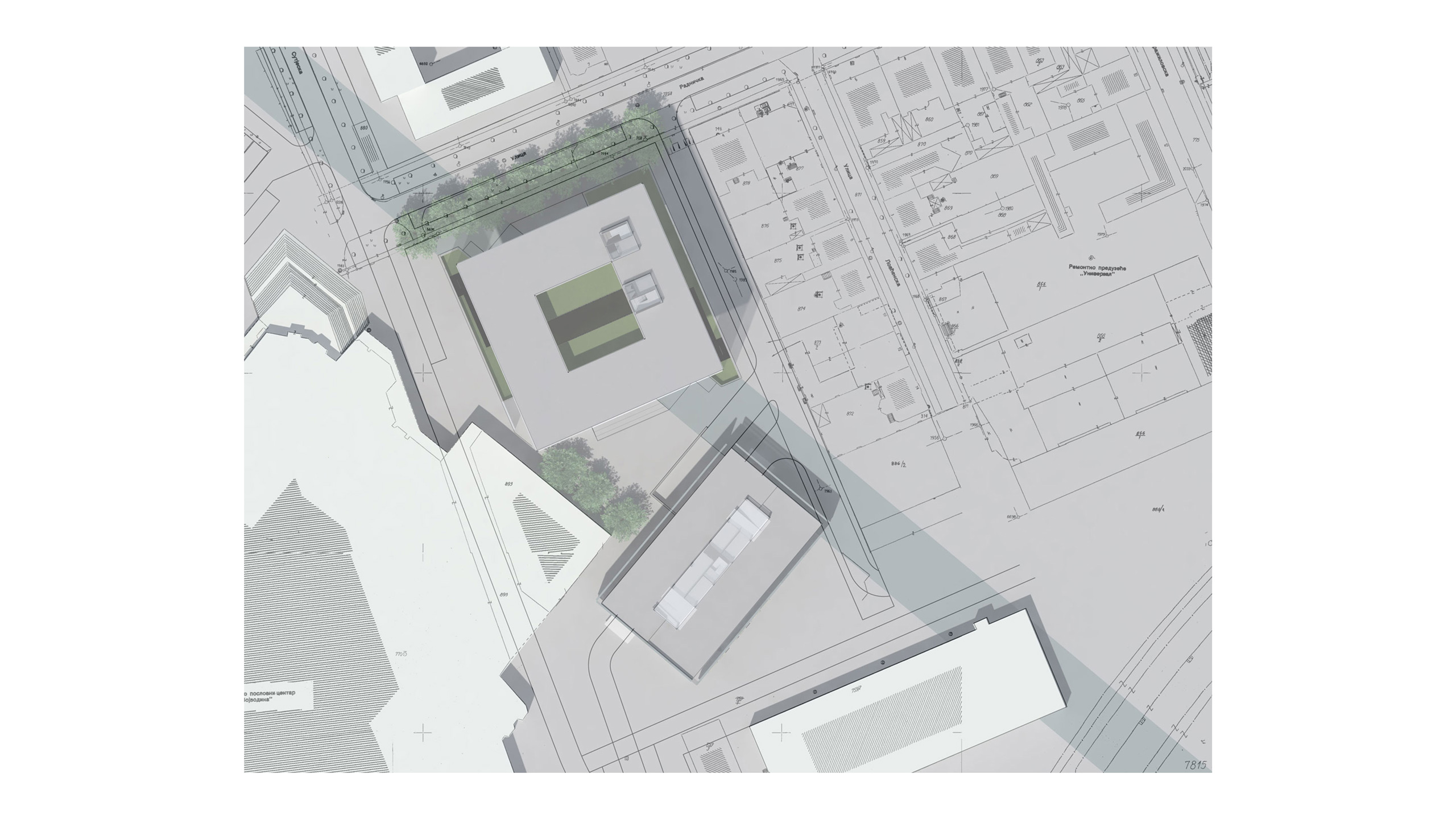 The concept of architectural design is also multilayered and includes several important elements. Primarily in the architectural language, the form of the cube as a symbol of equal sides was treated in all segments of architecture. In a symbolic sense, it reminds us of the equality of all of us before the Court and the Law. In terms of form, the attempted was made to make the appearance as much as possible through the necessary ‘’transparency’’ of the institution, trying to make the object with no "back" but always just with a "face".

By engagement of a part of the basement floor to the public area of the pedestrian promenade and with a clearly emphasized opening of the building according to the diagonal, a very simple functional scheme of the entrance to the facility has been established in all three required parts. This resulted in a functional relaxation of the ground floor, which led to a truly staggering 33% occupancy of the ground floor of the plots planned for construction. 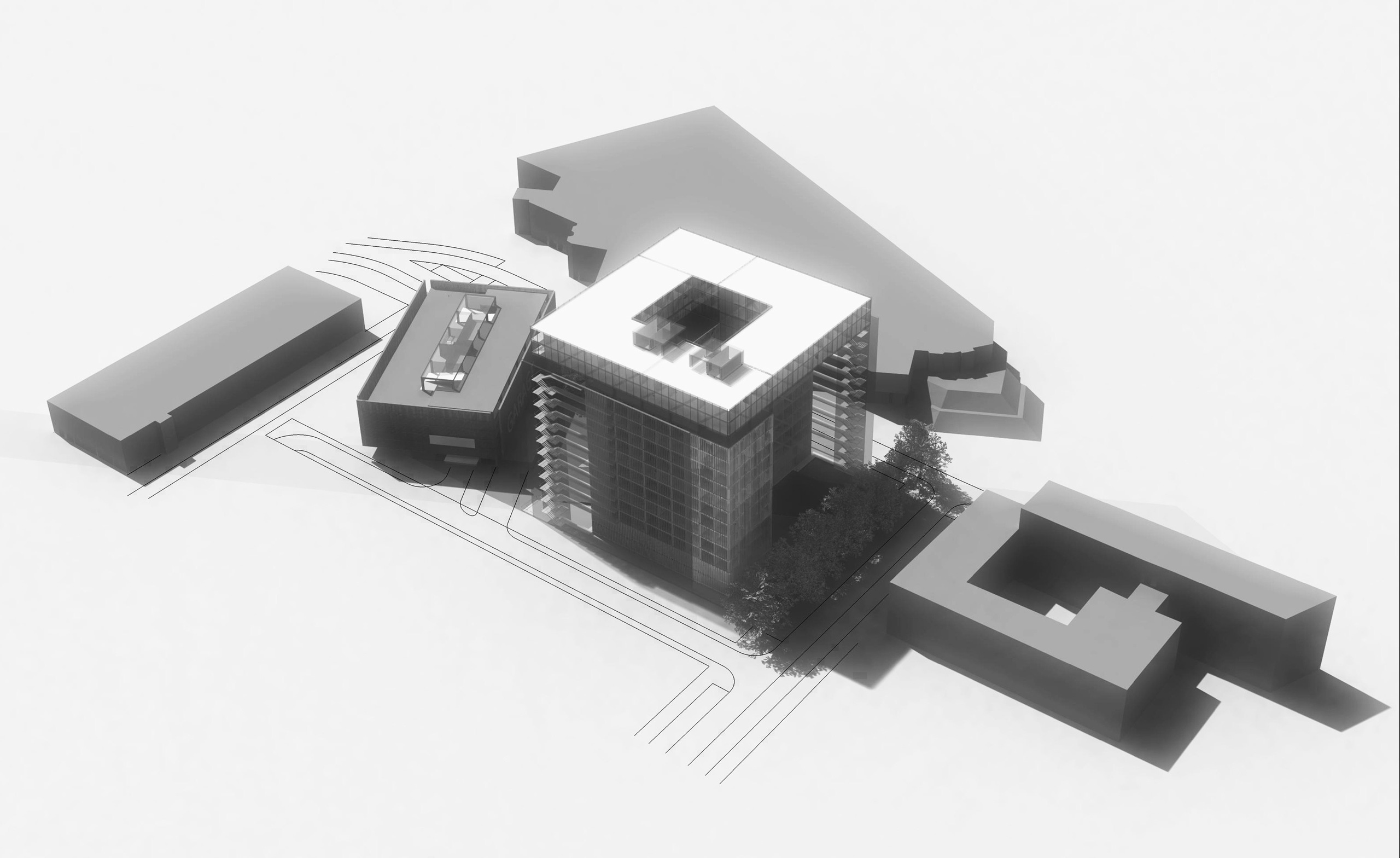 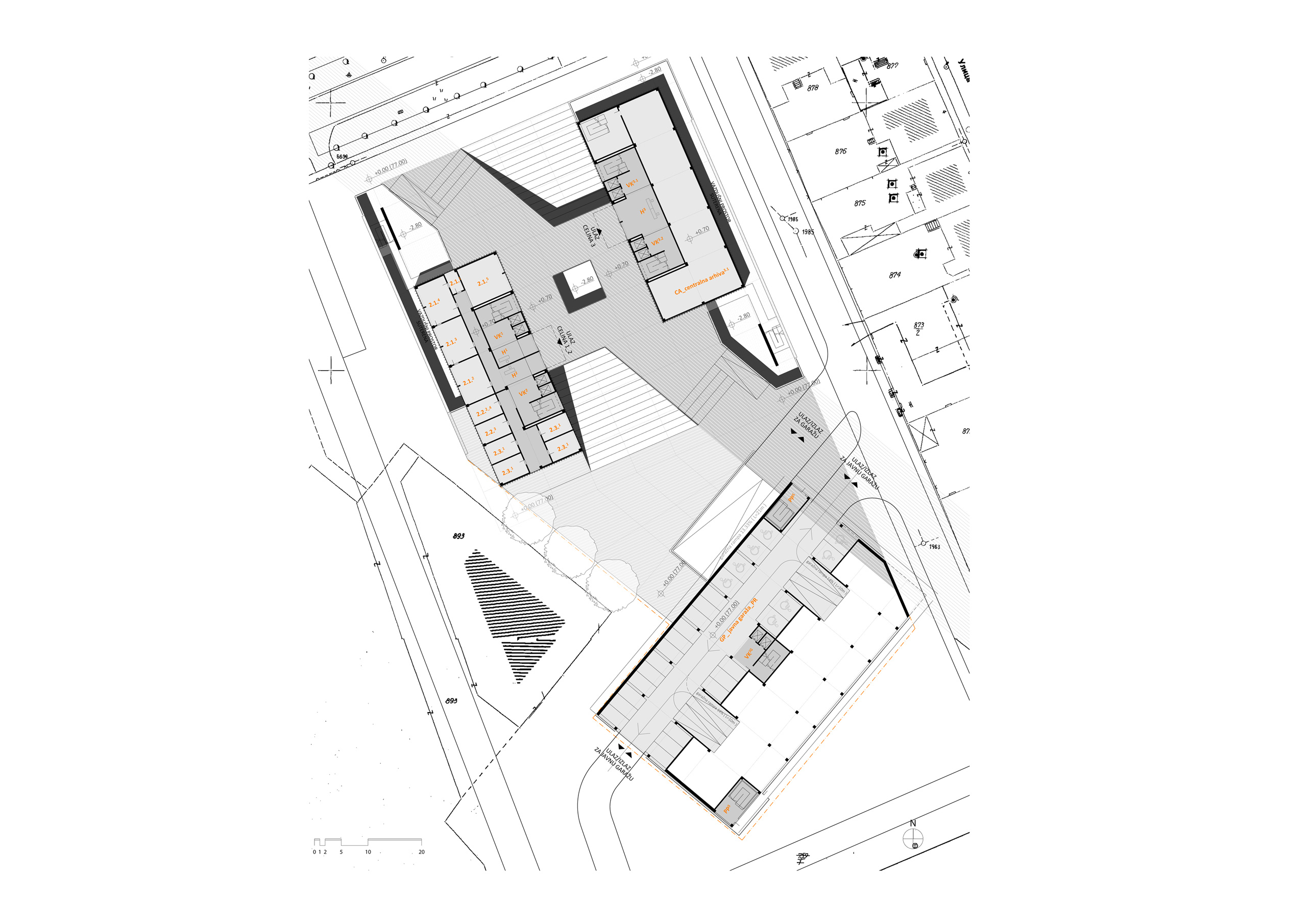 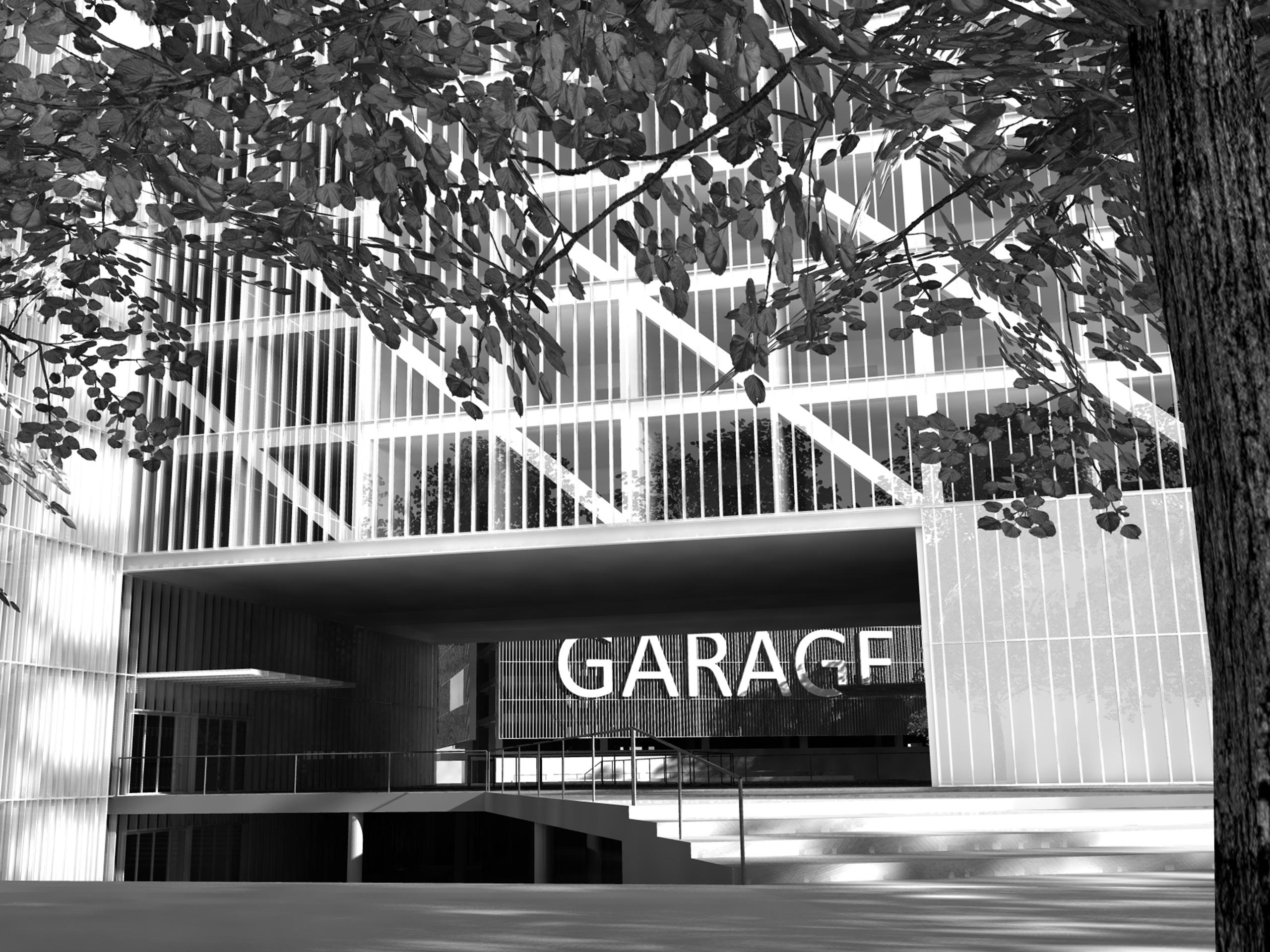 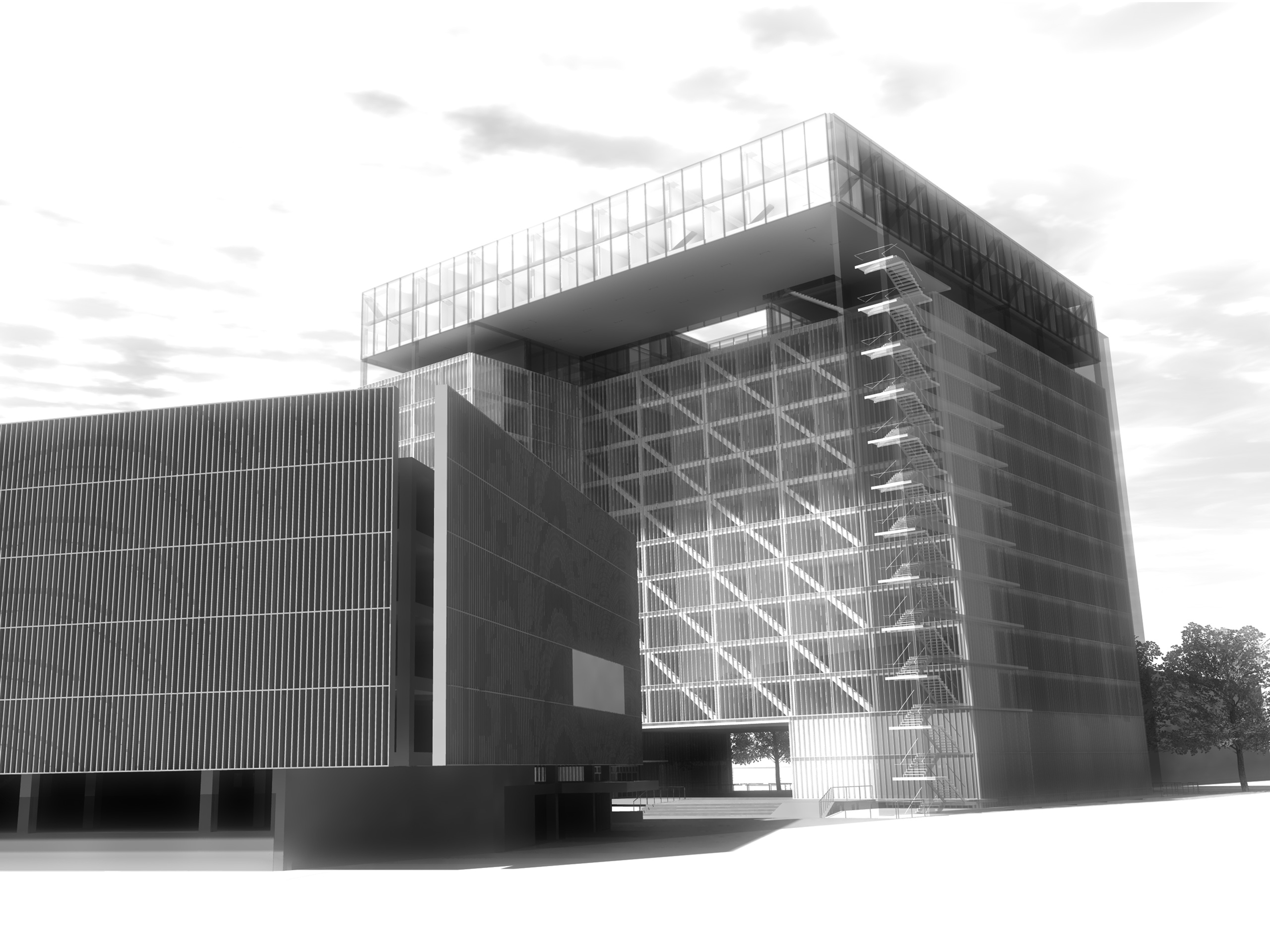