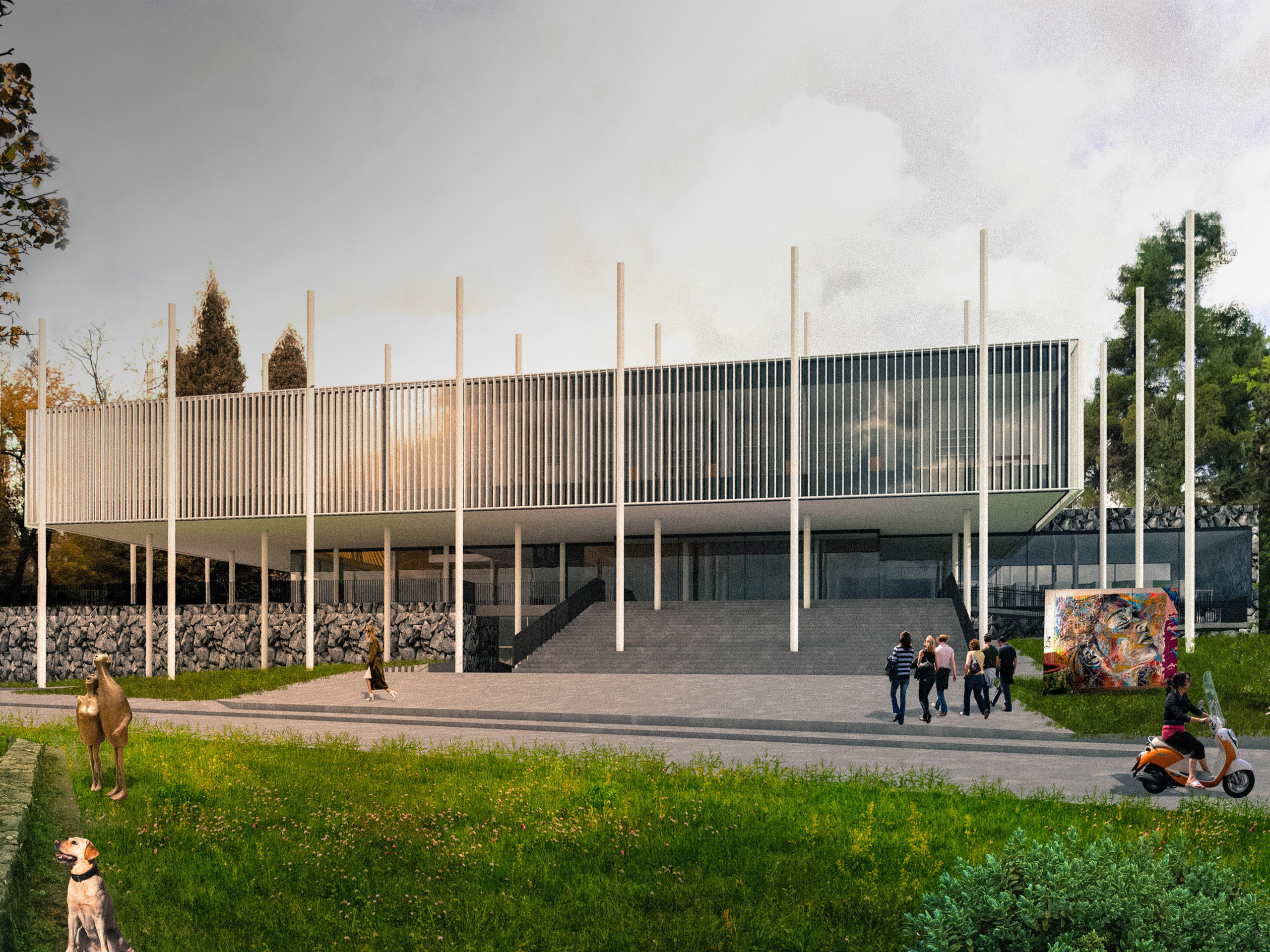 The site is located on the southern slope of the Gorica hill in the homonymous park Gorica, in the capital city of Montenegro, Podgorica. The park represents the city's green oasis and an irresistible part of the city's image. Green areas on the site are connected to the ‘’green belt’’ belonging to the park forest and contributes to the overall ambient appearance of a wider location. Exactly, the existing greenery is the backbone and motive of the proposed conceptual solution of the new Montenegrin Academy of Sciences and Arts.

Namely, the concept of a new object was attempted to fit into the existing environment in a way that future users either guests of the academy do not lose the feeling that they are in the forest park, although they are inside the building. This feeling is achieved by separating the object into its inner (introvert part) and exterior (extrovert part) facing to its outside. The inner part consists of the gallery space of the building positioned in the basement and atrium hall. These spaces delete the boundary between the floors to provide the necessary dynamics and the visions of the interior. Facades covered in glass has become open to the outer space, giving the building a necessary sense of connection with the environment and park forest.

Therefore, the Academics' cabinets positioned on the upper floor are facing the park along the perimeter of the building. Valuing and affirming the urban values of the narrower and wider location, the proposed solution accomplishes the integration of an object in the existing urban structure of the forest park in a way that the object becomes an integral part of the park and vice versa. 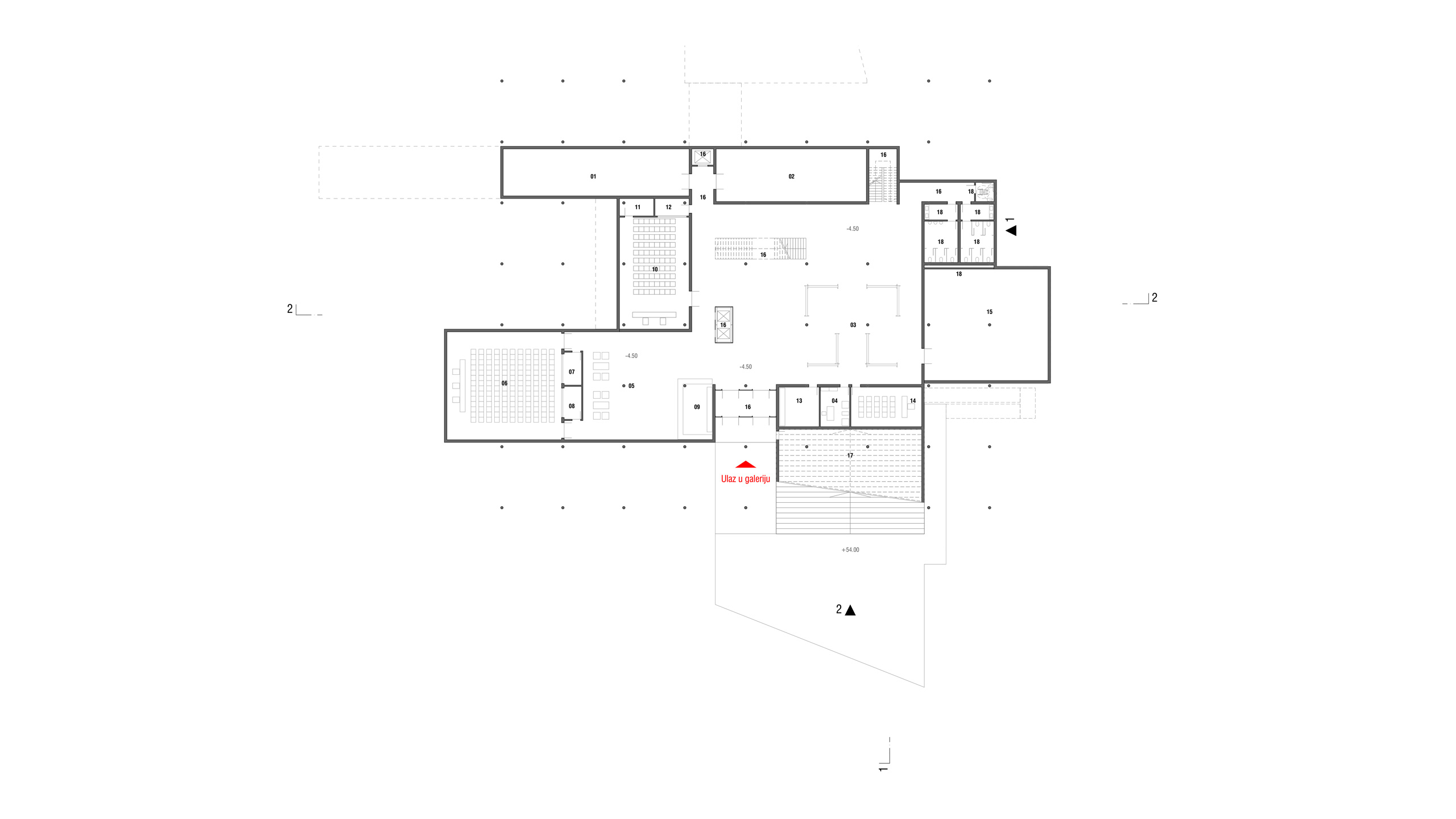 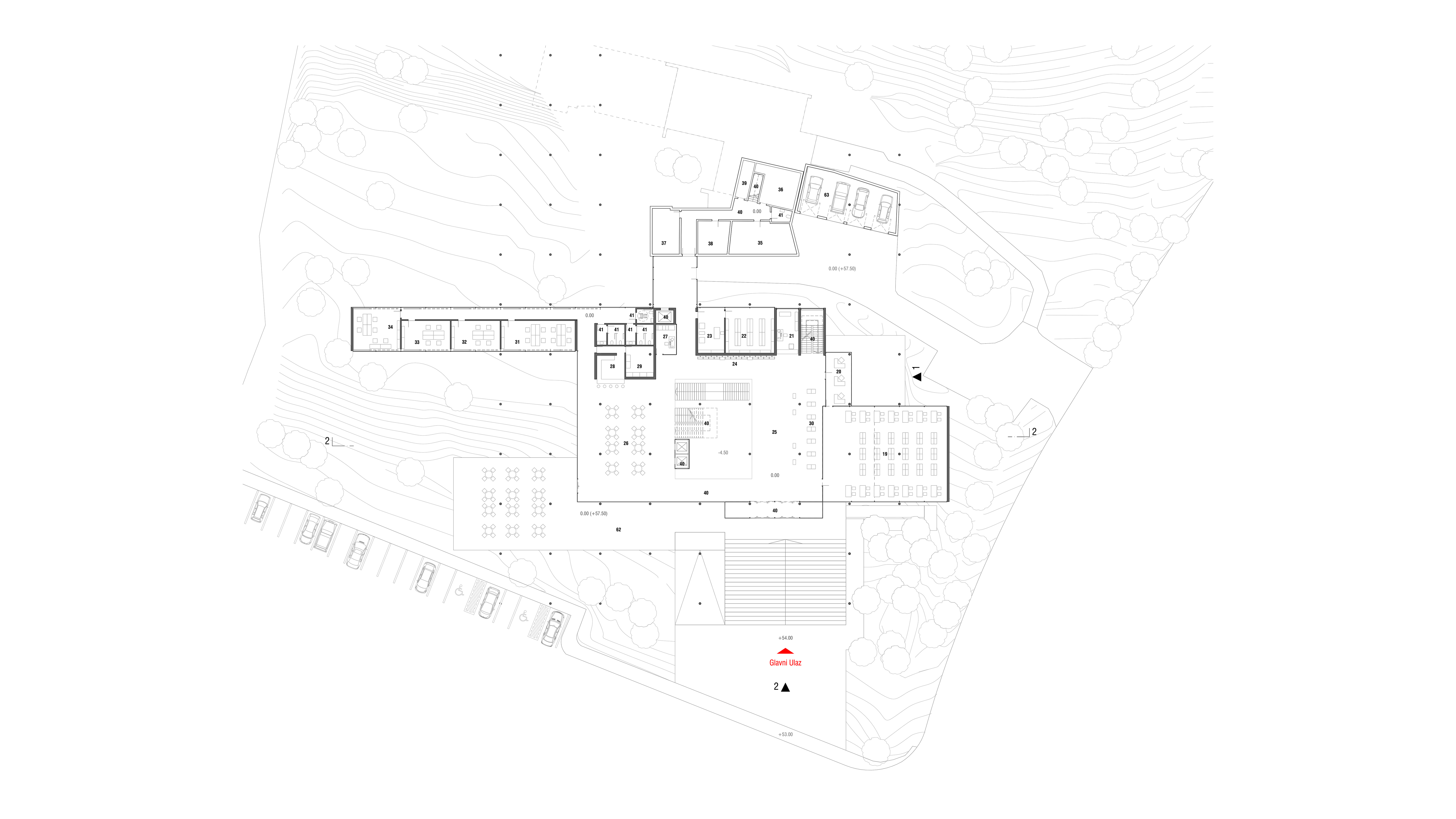 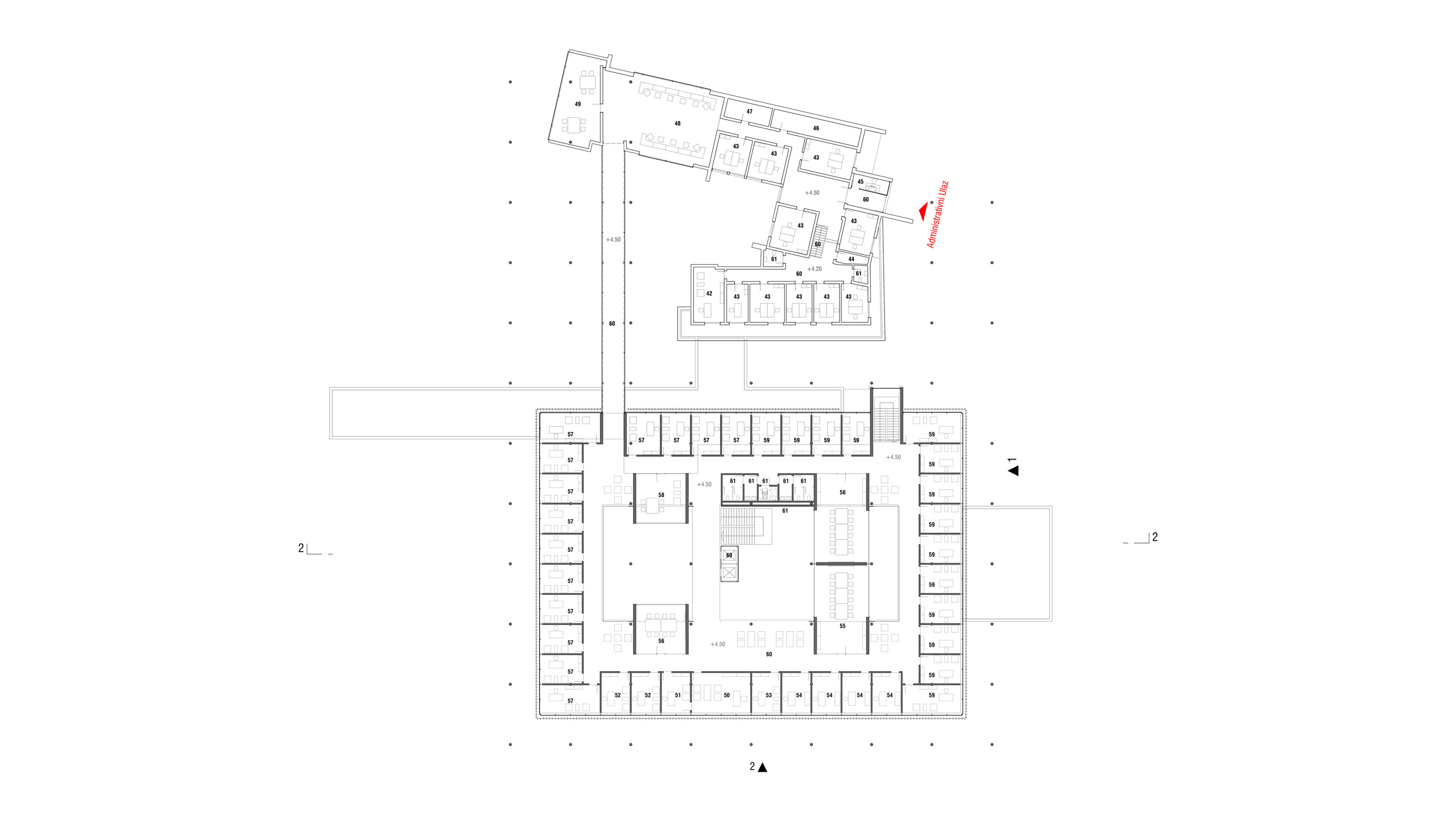 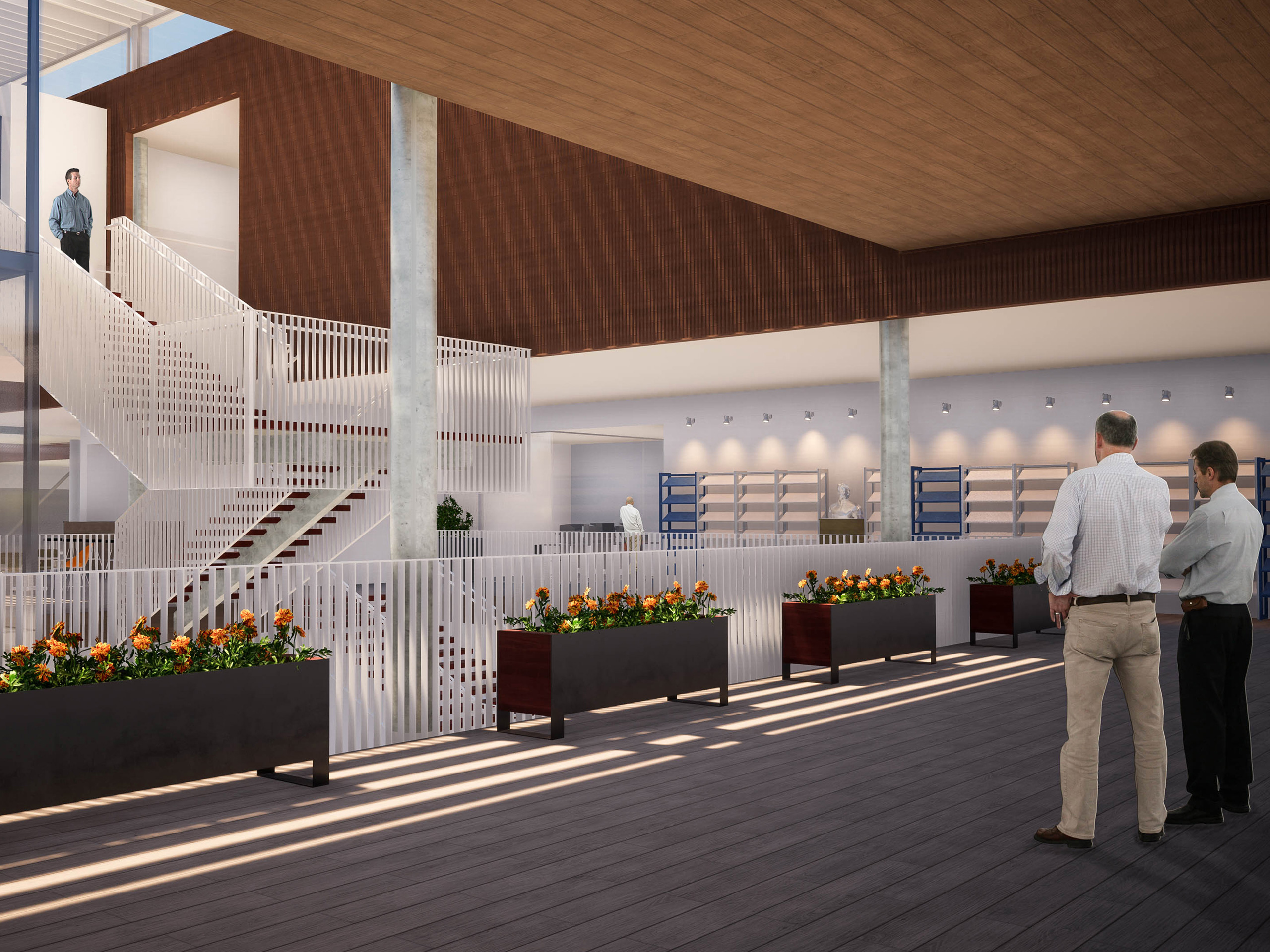 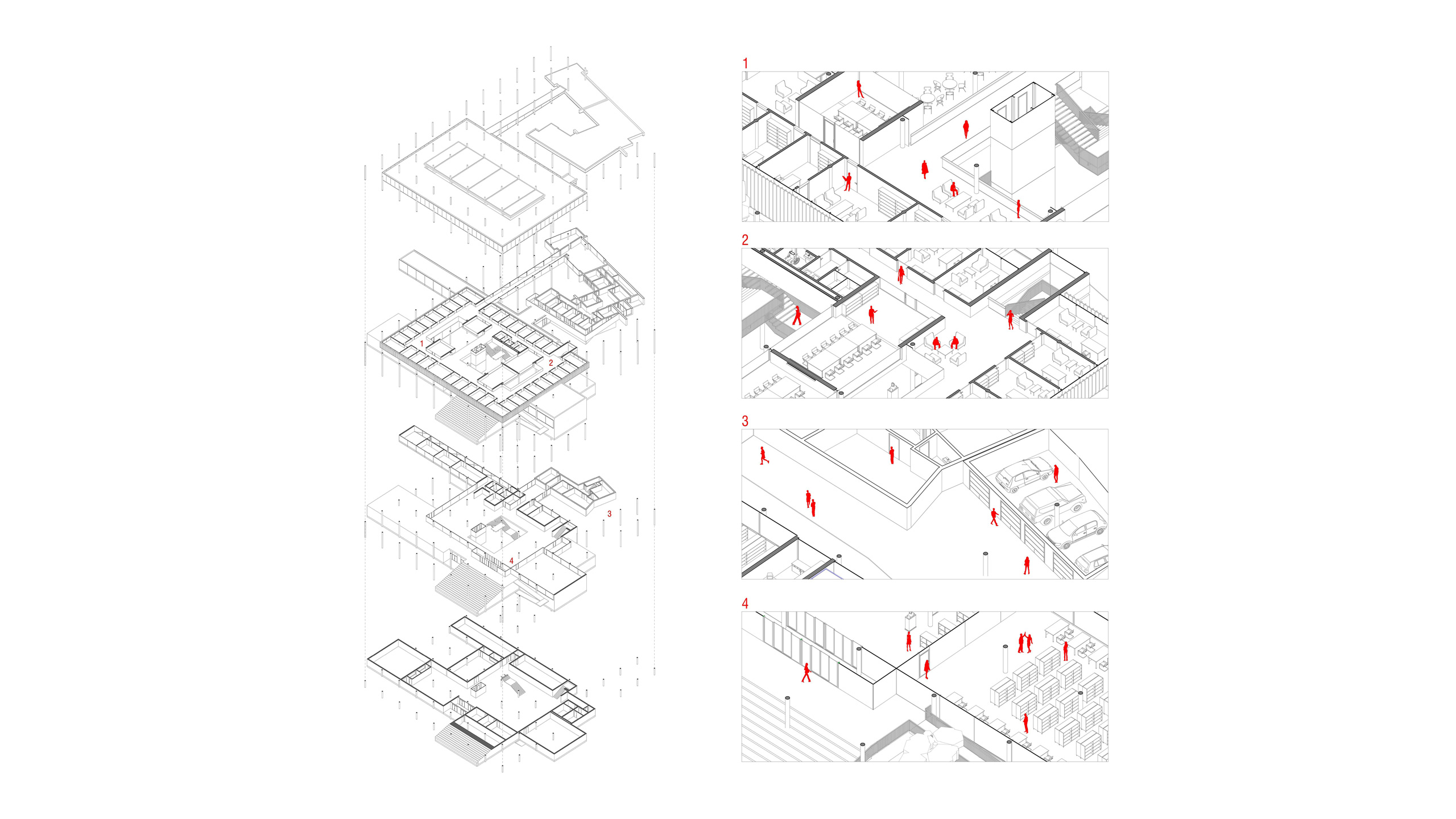 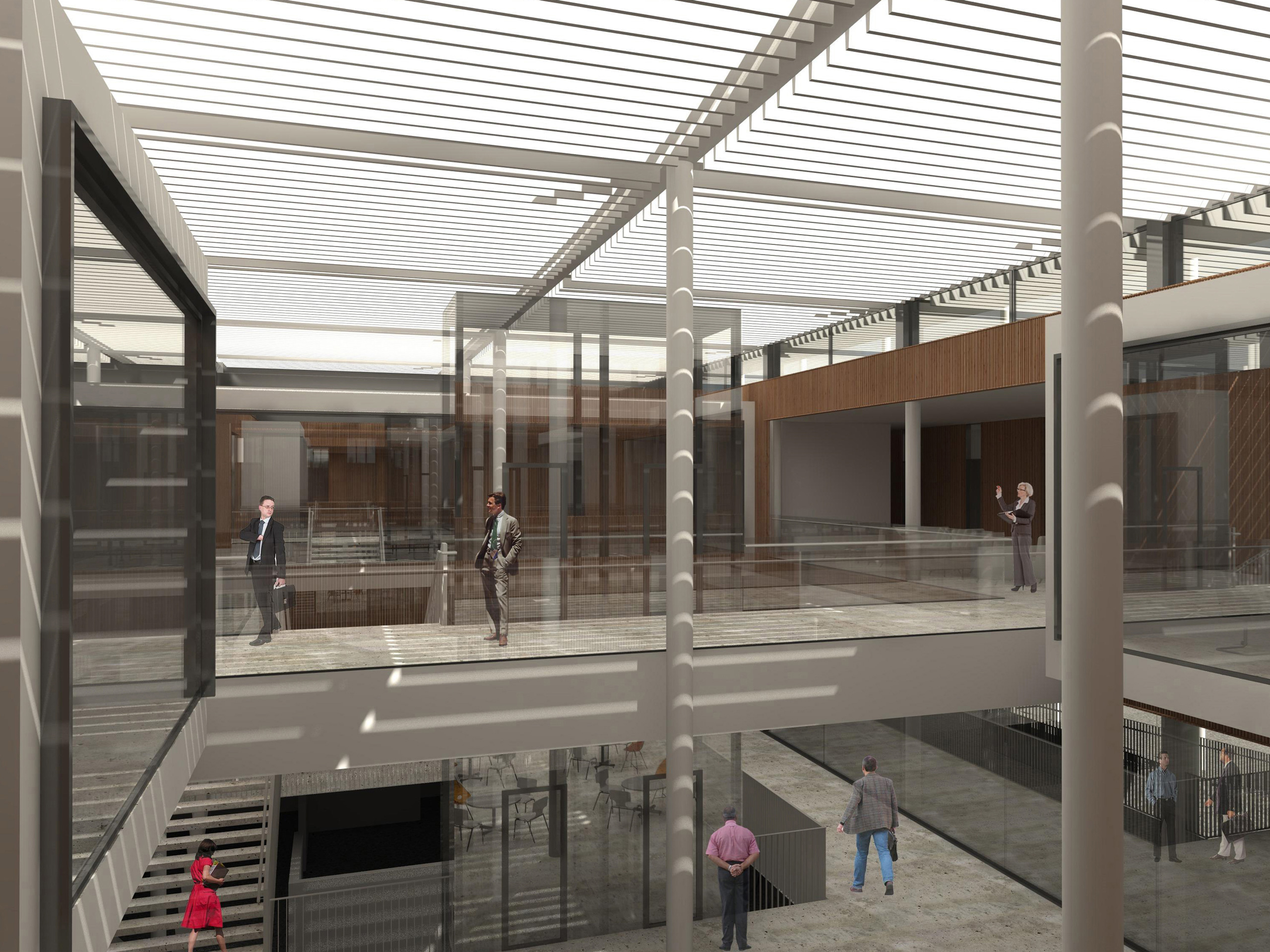